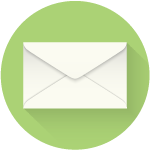 When it comes to free-to-play (F2P) games, game developers and publishers only make money when players really enjoy a game, and become long term users. Though no money is required to play F2P games, sponsored content (ads), and micro-transactions (paid items/game exclusives) can be excellent sources of revenue.

Creating revenue from ads or from microtransactions is not particularly lucrative without a large user base. This is why it’s so important to focus on player retention, and building long-term relationships. Understanding problems with retention, and why players leave after initial signup is important for creating long-term users.

Here are the top 6 reasons players leave your F2P game, and what to do about them.

Paying Too Early in The Game

In the early days of F2P game design, gamers got excited about the premise of a particular game and spent large amounts of money early on. They might later find out that a game was all hype – totally uninteresting after getting through initial game phases. Besides being boring, a game that’s too difficult or tiring can similarly turn off players, even if they’re already invested some money.

One of the top reasons players leave your F2P game is because you’re making them pay way too early on. By giving players a chance to determine whether or not they are truly interested, and saving payment for later on, you essentially “qualify” these paying players as long term users (and will make more money off them over the long term).

In popular F2P PC games like League of Legends or Dota, players only have to pay for skins or cosmetics that can increase their experience points (XP). These things improve the in-game experience, but are totally optional. It gives players a choice, and they’re appreciative that it’s not forced on them!

Other F2P games like Hearthstone (a collectible card game) allows players to start with a basic set of cards and some in-game currency. As the game progress, it becomes harder to acquire expert card packs that allow players to make more progress. This setup encourages gamers to spend money to improve game play, and occurs after a reasonable amount of time has already been invested.

These examples show that the longer players are allowed to play games for free, the more they are willing to play over the long term. Another potential problem along the same lines? A poor onboarding system. Make sure that a player’s first few interactions with your game help move them forward!

Try soft launching the game for a certain region to gather data. If you get a glimpse of the areas at which players fall, you may then use that data to strategize engagement or reengagement techniques. CRM systems are the most powerful, as they store important data to help you hook the best players, which we know is where most of the revenue comes from.

The Game is Too Frustrating

Another reason why players leave F2P games early is because they get frustrated. According to Gamedonia, the two arch enemies of flow are boredom and frustration. Flow is the state of focus and complete absorption in a task, which is what game developers want in users.

There are a lot of reasons why players get frustrated in a game. One is that it is buggy. This is the biggest turnoff for gamers, as they want an uninterrupted playing session. Another is imprecise and unresponsive controls. You might have a really fun game, but if it constantly crashes or does not respond to prompts, then the player will most likely uninstall or quit. So before a release, run several tests on the game to make sure it’s running at tiptop shape.

Another cause for frustration is that the game is too hard to pick up. The game should be tested against target user’s skills, and not the game developer’s own. This can be mended through iterative beta testing and the use of game analytics.

Popular internet marketer Andy Crestodina of Orbit Media frequently gives speeches on the right way to go about blogging, and encourages brands to ask themselves, “How many people are waiting for your article to go live? Make sure it’s not zero.” Whether it’s blogs or games, the sentiment rings true – create a buzz before launch for the best chance of success.

These statistics show that players who try a game early on after launch, they’re more likely to keep playing the game. These players have the highest expectations for the game, and won’t quit until they feel like they’ve fully explored it.

A few other interesting facts from Superdata:

Pre-release marketing for games is critical when it comes to building a customer base that will be loyal and engaged. These statistics demonstrate how essential pre-launch marketing efforts are for a game to succeed.

The Game is Boring

With so many different games on the market (and new ones released daily!), making a game that is unique and different from others can be a challenge. If players feel like they’ve already played the same thing before, they won’t see the challenge in what you have to offer. A bigger twist may encourage them to stick around, but don’t count on it.

The game can also get boring when it takes too long to enjoy the depth the game has to offer. Everyone is busy nowadays. According to research, players spend an average of 6.5 hours per week playing. Even MMORPGs like World of Warcraft or Final Fantasy XIV make it possible for busy players to clear a dungeon in 15 to 30 minutes. If it takes longer than an hour a day to see progress, then users will likely quit.

One of the most motivating elements of a game is the reward system. Is it possible that your reward system is lacking in some way?

Providing rewards keeps players motivated to keep working to reach the next level. Most rewards for massively multiplayer online role playing games (MMORPGs) are some type of in-game currency, which can be used to buy items, or increase XP.

When thinking of a rewards system, try incorporating a viral mechanism which enables you to bring in new users from existing users. Take Dropbox for example. For every person you refer, you get 500mb of storage – and so do they. To determine which aspect of your F2P game you should add “virality” to, think about which products are most popular to your consumer base, and if you have features that have usage caps that could be increased with a referral incentive.

For most F2P games, the most common problem that players complain about is a lack of resources – which usually gets in the way of making progress. These resources may relate to energy, experience, or in-game currency.

If getting resources is exceptionally difficult, it’s very discouraging for users to continue playing, and causes a lot of frustration that may result in a negative association with your game. A lack of resources can lead to players to make purchases too early in the game, which works to sabotage long-term game play and user retention (refer to “paying too early in the game”).

Expert gamers can get by with limited resources, but not every player will be an expert (especially with a F2P option). Resources can make or break a user’s gameplay experience, and should be offered in balance.

Resources are not only limited to in-game resources but other resources related to the game such as videos which showcased the premise of the game. Clash of Clans created a 360 virtual reality video which was uploaded to Youtube and Facebook. With over 28 million views on Youtube and 2.6 million on Facebook, it enticed existing users to continue playing and new users to sign up.

Is your game guilty of any of these top 6 reasons players leave your F2P game? We’d love to hear your thoughts in the comments below! 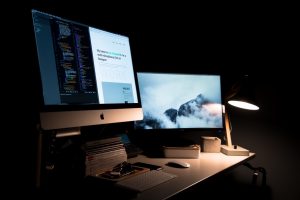